No facts, only interpretations 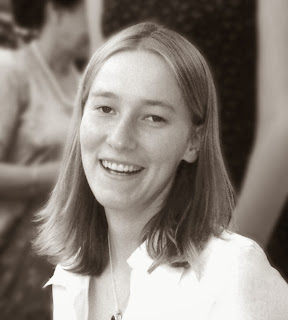 Whatever you may think of Rachel Corrie, one thing is not disputed: she was killed on March 16, 2003, in the Gaza Strip by an Israeli bulldozer. All the rest remains controversial. Was her death a murder? Was it accidental? It depends on who you ask and who you believe. Versions of events are contradicted, facts contested, and recollections differ.

Her death has sparked a deluge of e-mail traffic that no lollipop lady can stop. The amount of heat the controversy has generated must surely contribute to global warming. Websites dedicated to Corrie, or to unmasking her true intentions, pop up and vanish at the click of a mouse. Her life and death, and the circumstances hovering over both, have been laid bare by detractors and hagiographers alike. It is difficult to distil truth from myth; facts from propaganda. In such circumstances it helps to remember Friedrich Nietzsche’s immortal words: "There are no facts, only interpretations."

The play, "My Name is Rachel Corrie," depicting the life of Corrie and the events leading to her tragic end is, of course, also controversial. It has sparked controversy wherever it has been staged. The New York Theatre Workshop backed off from producing the play and Toronto’s CanStage cancelled its production. It has now arrived in Sydney, playing at the Belvoir Theatre, directed by Shannon Murphy and played Belinda Bromilow. The reaction to it here remains to be seen.

Having seen the play, what baffled me initially, is why a rather tedious 90- minute monologue, based entirely on diary entries and e-mails, should cause such a stir. Context, however, is everything.

A peace fighter to some, a rabble-rouser to others, and an outright terrorist to still others, Corrie symbolises the madness which is the Israeli-Palestinian conflict. Gaza was, and continues to be, a hotbed of violent terrorism. Israeli civilians in Sderot and Ashkelon can attest to this as they dodge the daily barrage of rockets fired at them from close range. The country is pockmarked with vestiges of suicide bombings.

But that is one side of the story. Corrie’s emails and impassioned letter exchange reveal the other.

What riles the Jewish communities worldwide is that Corrie chose to plant herself on the Palestinians’ side of the divide; that her sympathies lay with them. And herein lies the nub of the controversy. Corrie took position. She herself was aware of the pitfalls. She writes in an email:
The scariest thing for non-Jewish Americans in talking about Palestinian self-determination is the fear of being or sounding anti-Semitic. The people of Israel are suffering and Jewish people have a long history of oppression. We still have some responsibility for that, but I think it's important to draw a firm distinction between the policies of Israel as a state, and Jewish people. That's kind of a no-brainer, but there is very strong pressure to conflate the two. I try to ask myself, whose interest does it serve to identify Israeli policy with all Jewish people?

As her story unfolds on stage, there is little doubt that Rachel Corrie was a humanist – not a political savvy. She had a social conscience which galvanized her to leave the comfort of her life in Olympia, Washington, in order to eat peas with the Palestinians of Gaza and to tell their story. And their story is one of terrible deprivations. Her words echo the frustration, anger and hopelessness she felt. She met kind Palestinians whose lives were marked and marred by this terrible conflict. She railed against the misery heaped upon decent and peaceful families and the crippling economic effects of Israel’s policies. This was her truth.

Many Israelis have their own truth. Indeed, many feel just as hard done by, their lives shattered irreparably by random acts of terrorism. Israel’s pull-out from Gaza and the consequent shelling of Israeli cities, followed by the election of Hamas into power only intensify and lend support to the claim that there is no peace partner for Israel to conclude a deal with.

So many truths, so many grievances, so many realities. Yet they each carry their own weight. And this is the strength of this play. It leaves one in a muddle; it provokes thought; it challenges beliefs.

Rachel’s death is a tragedy. It is a tragedy not just on a personal level to her family and friends, but a tragedy to us all. Her story highlights the strengths and foibles of humans; it proves that the truth can take on many, sometimes-contradicting, aspects.

Many non-Jews have stepped forward to take Israel’s defense, and they are not all right wing evangelists. Read In Favor of Israel, by Pilar Rahola for example. Rachel Corrie nailed her colours to the mast; she wanted to highlight the plight of Palestinians. As it turned out, by doing so, she also sealed her fate. It does not make her an anti-Semite nor a supporter of terrorism. This is a legitimate choice and her voice should be heard and her writing read – albeit posthumously.
Posted by Ori Golan at 18:23