Why I shall not be going to see Apocalypto 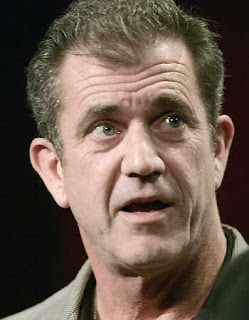 Apocalypto has lots of gratuitous violence and depicts historical facts - all the makings of a great film. So why won’t I be going to watch it?

Mel Gibson's new film, Apocalypto, has claimed the box office record for the biggest opening weekend for a foreign language film in the UK. According to the Guardian, the film has already netted over taken £1.3m since its release.

It is filmed in the Mayan dialect, has lots of gratuitous violence and depicts historical facts. In short, it has all the makings of a great film. So why won’t I be going to watch Apocalypto? Well, in short, it is because of the man; I don’t like Mel Gibson. So it’s all a bit personal.

I remember all too vividly his latest scrape with the law, when he was stopped on the Pacific Coast Highway, in Los Angeles on suspicion of drunk driving. Gibson riposted with a barrage of anti-Semitic expletives: "F*****g Jews... The Jews are responsible for all the wars in the world." He also said other things but, for reasons of decorum, I shall not repeat them here.
Of course Gibson offered sort-of-apology for this little ‘hiccup’ of his. "I did a number of things that were very wrong and for which I am ashamed [and] said things that I do not believe to be true". Yes, well, thank you for that. Very convincing.

You don’t have to go far to know where these Freudian slips may find their origins. The apple never falls far from the tree.

Much has already been said about Hutton Gibson, father of Mel, a rather eccentric octogenerian who inhabits the fruitcake frontier of hardline Catholicism. He belongs to a church which claims that the Vatican has been taken over by a coalition of Jews and Freemasons acting for Satan. The man himself has some interesting interpretations of world events. Of the attacks on the Twin Towers of Sept. 11, Hutton rejects that Al Qaeda hijackers had anything to do with them. ''They were crashed by remote control'' he says in interview. As for his understanding of history, Gibson senior has argued that many European Jews counted as death camp victims of the Nazi regime had in fact fled to Australia and the United States. "Do you know what it takes to get rid of a dead body? To cremate it?" he asks. "It takes a litre of petrol and 20 minutes. Now, six million of them? They (the Germans) did not have the gas to do it. That's why they lost the war."

It may appear a bit churlish to blame Mel for the fact that his father is a Holocaust denier. True, we don't choose our parents. I certainly would not want to be judged on the basis of what my father thinks, or says. But, by choosing not to dissociate himself from his father's views, Gibson has indirectly affirmed them. It is a case of guilt by omission. During an interview, with Peggy Noonan in Reader's Digest, when she pressed Gibson to nail his colours to the mast and state his convictions concerning the Holocaust, he replies that ‘many people died in World War II and some were Jews’. Again, very convincing.

So this is the man. And if this be the man, then he is not having my money. Especially if I suspect that my money might go to his church in Malibu which is also frequented by those on the lunatic fringe. True, I may miss out on an excellent film (although I don’t feel that not seeing The Passion of the Christ, has deprived me of much). But, just as I would never eat at McDonald’s or consume products manufactured in illegal settlements in the West Bank; and just as I would not buy eggs which come from battery hens, I will not give my money to Gibson. It is about making a statement. Gibson is perpetuating hatred, not healing wounds; raising passions, not pacifying anger. And he remains unrepentant, blaming his woes on his drinking habits. In vino veritas, as they say.

True, my little gesture of rejection can be taken as nothing more than a little token of resistance by a bleeding heart, but if the Jewish community shunned him; if it boycotted his films, refused to support his film industry, it would make a stand. And possibly a difference. Because small strokes fell great oaks.
Posted by Ori Golan at 18:28