Some thought for Food 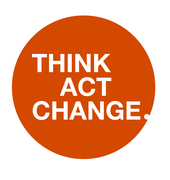 We're now more food-aware than we've ever been. We want assurances that our food is local, organic, free range, dolphin-friendly, grass-fed, pesticide- and hormone-free. We demand to know how it is sourced, produced and delivered. And rightly so, because our health depends on it and the future of the planet hinges on the sustainability of feeding its inhabitants.


Last Tuesday Think Act Change feasted on information, presentations and pitches by individuals running enterprises concerned with providing good, wholesome, non-exploitative sources of food. The event took place at the Alaska Projects on the second floor of the Kings Cross Car Park - a most unconventional venue but which turned out a hoot. Madeline, from Secret Flower Business, managed to transform the space into an artistic riot. Creative lamp shades and flowers struck a balance between the spectacular and the sustainable. In a corner stood a rather jolly organic pig made of hay. His eyes were made of berries and he was clad in flowers and plants.

Spirits were lifted as spirits were downed, courtesy of The Apple Thief, a first-class alcoholic cider created from freshly crushed Batlow apples. For those who preferred, there was a choice of teas offered by I AM INFUSION - a boutique range of organic herbal infusion teas made with love and intention for the body, mind and spirit. And the teas flavours sported names such as I Am Beauty, I am Love, and I Am Brains. Not wanting to hedge my bets, I drank all three.

Ankit offered me some fair-trade, organic, eat-me-chutneys which sent me to palate heaven. They are made by his mother, Jaya, and bring together farmers, vinegar producers and fair trade artists – all in one jar. Finally, for dessert, I nibbled on a gluten-free, dairy-free, nut-free, and soy-free chocolate with a bite. The all-organic groovy ginger chocolate just melted in my mouth. I can attest that chocolate is medicinal, healing and uplifting. The world tasted beautiful and for a brief moment I was able to forget the UN report I had read, which predicted that by 2050 there will be 250 million environmental refugees searching for food.

By this point we were all fuzzy, jovial and primed for the presentations.

First off was James Nathan, CEO and founder of Food Orbit. Chefs are passionate about supporting local farmers and building direct relationships, he noticed, but at the same time small to medium sized family farms are struggling. So James became the link which connected the ends, enabling local farmers and growers to connect on line, build relationships and trade directly with wholesale buyers, chefs and restaurateurs. “Our big vision is to see every café, restaurant, school canteen, caterer, hospital and hotel all using locally sourced, sustainable food”, says James. Using online commerce and shortening the supply chain, Food Orbit ensures that farmers get a fairer price and creates a transparent food culture in Australia.

Local food often tastes better and is more affordable; it provides freshness, reduces food miles, affords benefits to local farmers and helps communities connect. But where does it come from? Who grows it? How is it produced?

“The food system today is incredibly messy and less secure,” says Melissa Ronca, from the Youth Food Movement. “We want to create a new generation of consumers who are switched on and know how food impacts the environment.” Youth Food Movement aims to equip young people with knowledge and answers, increasing in the process what Melissa terms ‘food literacy levels’. “We want to provide them with a platform to come together to discuss food issues, making them stakeholders in the decisions that impact their food future.”

According to Melissa, the most effective way to instil confidence in the quality of the food we consume is to get to know the farmers who supply our food, find out about the methods they use and the standards they work to. To this end, Youth Food Movement plans bring farmers and consumers in a project called ‘meet the maker’, in which farmers and consumers meet ‘the food makers’ in a pub. The idea is for the farmers to bring their raw material and have a chef on site who will be charged with preparing a meal with the foodstuff which they offer. “Producers hardly ever come to town, says Melissa, and we want to open this event to as many people as possible.”

Diego Bonetto introduces himself as a foodist and forager. He wants to revive the traditional use of weeds - or wild food, as he calls it – for medicinal and culinary purposes. Traditional cultures, he explains, have for centuries used common weeds to make soups, teas and medicines. Dandelions, for example can be used to make tea or coffee and the flowers can be brewed for wine. Asparagus, on the other hand, is a real seasonal treat. It is mostly used for food but also has some medicinal properties.

According to Diego, wild food grows in the most inconspicuous places in our city. And herein lies the problem: finding it. His current venture is called WildFoodMap. It is quite an extraordinary project. “We are developing an iPhone application which will show the location of wild mushrooms, free food and medicine plants,” he explains. He is responding, he says, to an ever-growing interest of herbalists, survivalists, conservationists, new-age-ists, chefs, bartenders, caterers, farmers and gardeners, alternative medicine practitioners and sustainability advocates –who are in search of edible plants. WildFoodMap will provide an online resource where people can engage by positively identifying wild plant species, learn about the plants uses and locate safe and clean gathering locations.”

Jess Miller leads the Grow it Local project, a celebration of backyard, balcony, community and window-sill farmers. Started in Bondi Beach last year, the idea was to unite local growers and promote urban farming in a fun, social and super tasty way. “With the support of Waverley Council we asked local growers to put their patch on the map and to contribute some home-grown produce in return for a ticket to a community harvested feast prepared by the celebrated chefs at Three Blue Ducks restaurant in Bronte”, recalls Jess. The response was overwhelming. More than 300 urban farmers registered and contributed their herbs, their passion and their excitement. From locally grown macadamia nuts to turmeric, avocados, bananas, tuna…everything short of the mermaid. Grow it Local has continued to expand and Jess is currently collaborating with the City of Sydney to administer a vege-garden census with a view to quantifying how much of the city is under cultivation.

Nina was a professional banker until she had an epiphany and realised that a 6-figure salary isn’t the recipe for happiness. That, she discovered, lay in baking the best muffins known to man, or woman. From banking she turned her hand to baking for You chews, a catering outfit which sources food from small, wholesome artisan food artists and delivers it to customers. “We are on a mission to connect all kinds of companies with the awesome local food scene by matchmaking our hand-selected, lovable Food Artists with specific catering needs. We stand for quality, dead-simple ordering, varied and healthy food which supports the local community,” says Sarah Maloof, the start-up partner who, along with Liz Kaelin, set up You Chews.

One of the best ways to bring any community together is around a good cuppa tea. This tip is offered by Dylan Eynon from the Manly Food Co-op. And with Australia being a multi-cultural community what better way to bring its diverse population than around a multi-cultural tea?

Dylan’s Chai tea comprises tea leaves from the Daintree, bay leaves from NSW, cardamom from Guatemala, cinnamon and from India and cloves from the Maluka islands in Indonesia… you get almost as many countries in one cup as in you'll find in the Eurovision.

And that’s not all.

Instead of us having to come to this chai tea, it will come to us, courtesy of a restored Indian tri-Shaw Chilled Chai Cart, fitted with chai making facilities. Dylan offers to ride it to events and public places where they will sell chilled cups of this awesome Chai.

At the end of the evening the audience had a chance to vote for the most worthy pitch of those vying for the $1000, donated by the Awesome Foundation Sydney, which supports projects promoting awesome ideas.

The voting slips were filled out, handed in, the voting was counted, tallied and then….the winner was announced:

The winning pitch was Wild Food Maps, with Meet the Maker as runner-up.

It was an evening of fun, food and frivolity. The talks were informative, the pitches were creative and the speakers were inspirational, leaving us all with plenty of thought for food.
Posted by Ori Golan at 18:29