Where the Son don’t Shine 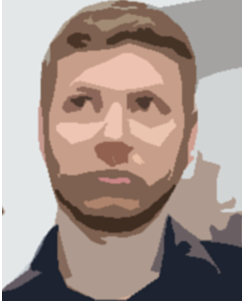 The French poet, Charles Baudelaire once remarked that that the biggest sickness is horror of the home.

I cannot imagine what horrors Yair Netanyahu, Benyamin Netanyahu’s son, has endured, and neither, I don’t suppose, will I ever know. But it is patently clear that this young princeling, has not only had a life of privilege, but also of untold drama. Otherwise how can anyone explain his brutish behaviour?


Yair Netanyahu is the product of a seemingly unhinged mother who is given to bouts of histrionics, and a father whose politics have been largely driven by an insatiable appetite for power and opulence. The proud Netanyahu parents, a rather unlikely pair, have proven highly effective in bestowing their characteristics on their eldest progeny.Their son is proof that the apple never falls far from the tree. When I think of other rotten fruits of blue pedigree, the future doesn’t look rosy for this unruly child, especially now, with elections looming large and looking more likely than ever to unseat King Bibi from his game of throne.

So who is Yair Netanyahu? What does he do? Does he hold down a job? Who are his friends and what social circles does he move in? I should perhaps state from the outset that I am not even vaguely associated to the Netanyahu clan: I have no common associates, friends or connection to the family. So, my questions are genuine. I vaguely know, from local news sources, that in 2016 Yair spent a vacation here, in Sydney, with billionaire James Packer – a most unusual and improbable friendship. But that is not the issue.

The reason that I’m prompted to write about Netanyahu, Jr. is because lately he has greatly intensified his online activities, particularly on tweeter, becoming something of an online star - or troll. He uses this platform to spread rampant lies, vicious comments and nasty epithets of anyone who is, or is perceived to be, his father’s political foe. His WhatsApp is an online marketplace where he trades insults and spars with anyone he hates. And there are many of them.

The juvenile prince wrote a Facebook post about former Prime Minister, Ehud Barak, insinuating that Barak was in Boston to carry out shady business deals and was habitually drunk.“It's time for a geriatric doctor, Ehud," concluded the young Netanyahu. Barak retorted by asking "is this what the kid hears at home? What is this, genetics or a spontaneous mental illness? It doesn't matter. At any rate, it would be money well spent to pay for a psychiatrist for him, instead of a personal security detail and private vehicle."

During Donald Trump’s visit to Israel, the US president met Netanyahu’s family. The Netanyahus made a big song and dance of it and invited the press into their happy home. Pointing to her beloved elder son, Yair, Sarah Netanyahu announces to Trump: he is his mother’s son. How cute – and, sadly, accurate.

Yair Netanyahu thrives on all this attention; he is by now used to getting into scrapes and expecting his father and his supporters to clear up the mess (almost literally if you consider his use of emoji excrements) who label it a witch-hunt orchestrated by the hateful, self-loathing left-wing liberal media. As a warlord in cyberspace, he has consorted with American white supremacists, called for the boycott of Arab businesses, made racist comments about Muslims, abused left-wing Israelis and vilified public figures. His more recent posts were devoted to insulting those involved in the Eurovision Song Contest, describing the promotional video clip as antisemitic. More recently he claimed that a court judge had labelled his father a Nazi, which is an outright lie: the said judge, Hayut, gave a lecture in the hall where Nazi war criminals had been tried some seventy years ago. Leaders of the Nazi party, she noted, understood that in order to implement their racial ideology they would have to mobilize the judiciary. His father was not mentioned, although his party’s unabashed hatred of and interference with the judiciary was clearly alluded to.

Let’s face it, it can’t be easy growing up under public scrutiny, with both parents under criminal investigation. But Yair Netanyahu cannot use this as mitigation for his unruly conduct or his distorted interpretation of the world. Or his uncouth rhetoric.

There is nothing mystical about Yair Netanyahu; he is a spoilt brat whose understanding of history, people and politics is childish: half baked, ignorant and provocative. For all his faults, Netanyahu-the-father is a statesman. He is well read, superbly articulate and undeniably charming. He brings an astonishing demonic energy to his profession. He is also incredibly corrupt, spiteful and a very real danger to democracy.

His son, however, is an entirely different kettle of fish.

Yair Netanyahu is not a rallying force, not an intellect and certainly not a politician in the wings. He is full of entitlement and lacking in charm. His claim to fame is his family connections, a twitter account and a big mouth. To Netanyahu senior he is not an asset, but a liability.

Philip Larkin once wrote, ‘We all hate home/And having to be there’. I am not sure how relevant it is to the young Netanyahu who appears firmly ensconced in his parents' dwelling place . I think Larkin’s more famous poem, “If this be the verse”, is far more apt, but, for reasons of decorum, I shall not quote it here. I suggest you do your own due diligence.