Denier is denied in Israel 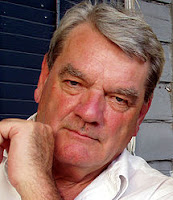 Convicted Holocaust denier, David Irving has his sights set to new heights. He wants his books translated into Hebrew and published in Israel. Now, that's hutzpah.


Two weeks ago, literary agent Efrat Lev received a package at her office in Jerusalem. The package was from a UK based publisher called Focal Press. Inside was a letter from an author asking that she represent his books in Israel and have them translated into Hebrew. The signatory at the bottom was David Irving.


Says Lev: "I hesitated. I knew this name, but surely, I thought, it could not be the same David Irving I was thinking of, the Holocaust Denier? I then looked at the enclosed material, jackets of books, and indeed, staring back at me was the most famous Holocaust denier. In his letter he suggests that we do this service for him and relays his contact information, inviting me to be in touch".
"My reaction when I realized it was indeed him, was of revulsion, for the chutzpah (temerity) he had in contacting us. My initial gut feeling was to write something about my grandmother's sisters who perished in Treblinka, but I held back".

"In the end I replied to his letter in a professional manner" says Lev. In it, she tells Irving that she does not see that there is a market for his writing in Israel. Academics who need to be knowledgeable in his interpretation of history will no doubt go to the original writing in English.
"The few others", she continues Lev in her letter, "who you claim have been besieging you with requests for translations, will have to manage without the help ouf our agency - although I would very much doubt that Israeli lay readers would want to spend time and money on on books of yours." She goes on to tell him that her agency - The Deborah Harris Agency - represents writing by Primo Levi, Eli Wiesel and the Anne Frank publication as well as other memoirs and diaries relating to the Holocaust and cannot see how they can possibly take on representation of him as an author alongside these.
"I informed him that I would not even consider working with a man who violated the memories of my own family and those who he preaches died of ‘natural causes’".

Irving was labeled an "active Holocaust denier," as well as an antisemite and racist, by Justice Charles Gray when he lost an internationally publicized legal battle with Professor Deborah Lipstadt, whom he had accused of libel, before a London court. Three years ago, while on a visit to Austria, Irving was apprehended, tried and convicted of "glorifying and identifying with the German Nazi Party", which is a criminal offense in Austria, and served a prison term from February to December 2006.


Irvin, remains unrepentant. In a telephone interview with me he maintains that his books are highly regarded by historians and publishers and he sees no reason why the public in Israel would not be receptive to his literature. Asked whether he thought there’d be a market for his publications in Israel, Irvin replied: "As a Jew you don't realise how offensive your questions are to me; you think as a Jew you can get away with it. I can tell you are a Jew just by the way you are talking to me. That is why people become antisemetic when you behave like this. Normal people who talk to me, people who aren't Jewish, don't talk to me like that."

Why would he want to publish his books in Israel, given the huge controversy they have triggered around the world?


"I'll tell you what. Authors make money. Now when I mention the word money does this make your tongue pump out? You're Jewish - you'd understand that people love money." He hung up.
Posted by Ori Golan at 23:00