And the Rat Laughed 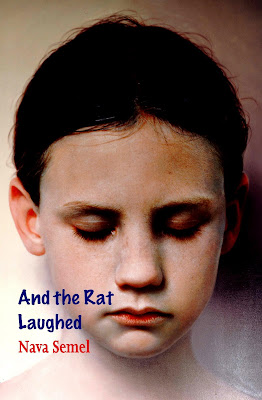 In less than two decades all those who have survived the Holocaust, will pass away. All that will remain will be documents, books, photographs and electronic footage. How will future generations preserve the memories? Nava Semel's book is a chilling warning of the difficulties they will face.


In 1989, a group of men and women in their early fifties gathered in the Waldorf-Astoria Hotel on Park Avenue, New York, for a conference. It was a meeting of ‘hidden children of the holocaust’, the very first of its kind.


For two days they recounted their stories of survival in hiding and talked about the effect their early life experiences had on their lives. Author Nava Semel attended the conference out of interest. She did not know a single person in the room. She sat, rapt, listening to their testimonies. "It was as though each survivor had a child trapped inside. And they were all struggling with this phantom child. They desperately wanted to remember. Many knew nothing about themselves; not their date of birth, not who their parents were; some didn’t even know their birth name. At the same time there was a fear of remembering; they were terrified of re-living the separation from their parents. It was also clear to me that some had gone through abuse during their time in hiding. Not everyone was fortunate enough to find kind people who’d stick their neck out for them."

At the conclusion of this conference, she went for a walk along Park Avenue. "It was a beautiful autumnal day and I remember thinking to myself: someone has to give a voice to these people. Most were emotionally mute, unable to tell their story in its entirety". And so the story of And the Rat Laughed was conceived. "It is my attempt to struggle with this horror," says Semel from her home in Tel Aviv.

"I wrote the book as if in trance. I was overwhelmed by what I had written. Initially, I myself did not fully comprehend it. It did not conform to any rules or literary parameters that I am familiar with. It was neither a poem, nor prose…I did not know what kind of fiction it was".
Indeed, And the Rat Laughed is an unconventional work of art, both in form and in content. It tells the story of a nameless five-year-old Jewish girl in Poland during the Second World War. In attempt to save her life, her parents hand her over to a farmer who agrees to hide her in a potato cellar where she is repeatedly raped by the farmer’s son, Stefan. Deprived of light and human company, her only companion is a rat whom she names Stash. A year later, at great risk to his life, the village priest, Father Stanislaw, rescues the young child and returns her to her people when the war ends.
Fast forward sixty years, the child is now a grandmother living in Tel Aviv. She tells her story for the first time to her granddaughter who is researching her family's heritage as part of a school project. The long-repressed memories slowly resurface. At first, piecemeal and then in whole sentences. The legend of the girl & rat is thus born. A decade later, poems and commentaries about the girl and the rat abound on the net.

The story mutates into a commercial product and a cultural phenomenon that transcends boundaries and becomes a truly global industry. There are comic strips, interactive shows and religious cults devoted to the girl & rat. Even Walt Disney jumps on the bandwagon.
We are now in the future. It is 2099 and people b-mail one another and use eruollars as currency. Anthropologist Y-mee Prana seeks to uncover the origin of the girl & rat myth. There are now a myriad of versions to the myth. Some believe that its origins can be traced to Hindi myth but when Father Stanislaw’s journal is discovered, the whole terrible tale is revealed.
"I went through such a terrible time while writing this novel" says Semel whose mother survived Auschwitz extermination camp. "My head understood that it was a work of fiction but my body totally identified with the protagonist. Where she doesn’t eat, I stopped eating and when she doesn’t sleep I couldn’t sleep. It got me to the very core. I experienced her trauma".


The book was published in Israel in 2001 and was a runaway success. It was subsequently adapted to an opera production, by composer Ella Milch-Sheriff, a daughter of Holocaust survivors herself. A co-production of the Cameri Theatre of Tel Aviv and the Israeli Chamber Orchestra, it has been playing to packed houses for four years now. Israeli film director David Fisher is currently undertaking the film adaptation of the book.


Finding an English-language publisher, however, was not going to be easy, Semel soon found out. The American publishing houses were thrown back by the unconventional structure of the book. Many admired the novel, but none would take the commercial risk. Holocaust literature is formulaic. Most publishers want a rehash of the narrative which they already know, or at least a structure with which they are familiar. Louis de Vries from Hybrid Publishers in Melbourne, himself a hidden child during the Holocaust years, recently agreed to publish it. After 7 years the book is now finally in print in English.


"It was brave of Hybrid Publishers to take a punt on a book that is decidedly different from other books relating to the holocaust. I salute them" says Semel. The story, she insists, conveys a very shrill warning. How will the tenth generation remember the Jewish genocide in Europe? "It worries me that there will be a day when revisionists will be able to trivialize or erase the memory of the holocaust".


In 2000, while writing And the Rat Laughed, Semel took part in the Brisbane Writers’ festival. "I did not know a soul in Australia" she recalls, "but my visit formed a lasting impression on me. I enjoyed being in a country that welcomes immigrants and I felt very much at home here. There was a wide range of cultures which I found fascinating. It was also good to be in a country that held no visible memories of the Second World War. I was fascinated by the culture of the Aboriginal people. One of my most memorable experiences was our visit to Fraser Island. I remember it as an almost-mystic experience: the untouched sand and the pristine water, it was like genesis."


Her attachment to Australia tightened when her son, Iyar, decided to study Music Technology in Byron Bay. After graduating with a Diploma in Sound Engineering he went on to study music at the Conservatory in Lismore where he met and fell in love with an Australian girl.


"He called one day and said ‘mum, I feel like we are living in a parallel universe. I would really like you to come and live with me here for a month". Not one to pass on a challenge, last July Semel took a month’s leave and flew out to stay with him in his commune where she shared his life and met his friends. "It felt like I was back in the sixties; the music, the freedom, the journey. In the course of my tour of Australia I kept a journal. By the time I returned to Israel, I had filled six pads. My editor said: ‘Nava, are you sure you wrote a diary? And what if it is a book?’ I replied that it was a very personal journey. He said to me: ‘I’ll be the judge of that’".
The editor read three chapters and concluded that the text was indeed book material. The result is Australian Wedding which was published last month in Israel; an odyssey of discovery between mother and son on a quest for building intergenerational bridges.