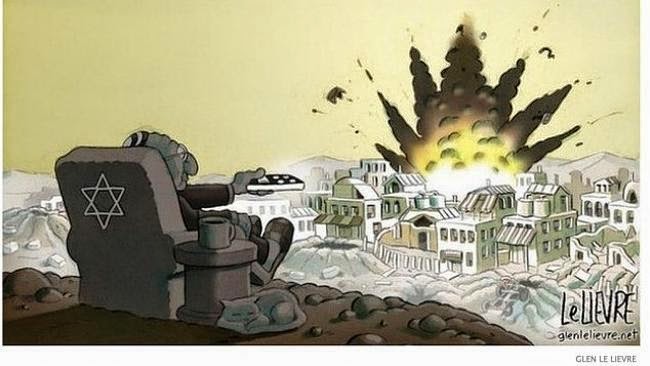 Two weeks ago, Mike Carlton, a regular columnist at the Sydney Morning Herald, spent his words on the situation in Gaza. It is hardly surprising: everyone who is anyone is writing about it. Not an hour goes by without my inbox spewing another piece by someone wishing to share their wisdom, experience, insights and knowledge about ‘the situation’. (To pre-empt anxiety, rest assured, I have nothing to add to the mountains of words, deluge of tears and rows of coffins.) 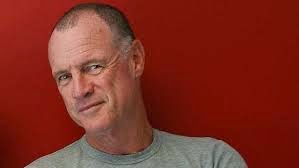 Carlton’s piece was, unsurprisingly, very critical of Israel and IDF actions in Gaza. It was titled “Israel’s rank and rotten fruit is being called fascism.” Much of it was selective analysis, some of it was misguided and other bits were unabashedly inaccurate: “Call it genocide, call it ethnic cleansing: the aim is to kill Arabs.” None of it was new. As a true liberal, I would even rise to his defense to write his personal, one-sided, view as columnist. However, I confess that even my liberal views were tested when he dished out the holocaust chestnut: “It is a breathtaking irony,” he writes, “that these atrocities can be committed by a people with a proud liberal tradition of scholarship and culture, who hold the Warsaw Ghetto and the six million dead of the Holocaust at the centre of their race memory.”


Now, if Mike Carlton wishes to throw himself on the side of those who equate Israel with Nazism, it is his calling as a fair handed journalist he betrays. He is allowed to think what he likes of Israel. He is allowed to misread history in the comfort of his armchair, if misreading history is his bag. I would even venture to say he is allowed to indulge himself the perverse satisfaction that comes with saying the unsayable, in this instance accusing a people who have suffered a terrible calamity of now being the instigators of it themselves.


However, it was the accompanying illustration by cartoonist Glen Le Lievre which tipped the balance, and me off my chair. The drawing wasn’t the usual conflation between Israel and Judaism; it was pure, unadulterated antisemitic bile. The cartoon depicts a man sitting in a chair, pressing a remote control to detonate a collection of buildings. The man has a hook nose, is wearing a large kippah on his head and there’s a Magen David drawn on the back of his chair.It was truly Der Stürmer stuff.


The Jewish community went ballistic. The fury was tangible. The weekly Australian Jewish News devoted its front page to an opinion piece excoriating the Sydney Morning Herald. Carlton remained unfazed. He described the uproar as “febrile froth from the Likud lobby”.


It was only yesterday, 10 days after the column and cartoon first appeared, that the paper finally responded to the outrage. In its own editorial, the newspaper firstly ‘clarified’ that Le Lievre routinely depicts large noses and pronounced facial features. Further, “the cartoon had its genesis in news photographs of men seated in chairs and lounges, observing the shelling of Gaza from the hills of Sderot”. Antisemitism, we learn, is like a fetish; it can be ignited and driven by any visual object. Toward the end of the op-ed, finally, there was an apology: “It was wrong to publish the cartoon in its original form” it read. “We apologise unreservedly for this lapse, and the anguish and distress that has been caused.”


But this was not all – or the end of this saga.


Carlton received a barrage of emails from readers in response to his column. According to him their number was in the vicinity of 700 – of which 85% were supportive. It was the other 15% which irked him. And so he responded.


I have seen copies of some of the emails readers sent him and have also been forwarded the replies they received from Carlton himself. Carlton’s replies were truly revolting: abusive and nasty; offensive and personal. They included expletives and invectives which, for reasons of decorum, I will not quote here. If you do your own diligence, you will find them on line. The more printable of his comments include epithets such as: ‘Jewish bigot’, ‘pissant’, ‘turds’ and ‘demented Likudnik racists’.


This morning, Darren Goodsir, editor-in-chief of the paper, issued an apology to readers who had received offensive messages from Carlton. This only happened, it should be mentioned, as a result of The Australian, the Murdoch-owned rival paper, splashing Carlton’s barrage of invectives on its front page. Goodsir also had the good sense to tell Carlton that he expected him to apologise to the readers he had offended. “I have asked Mike to apologise for these actions. Mike regrets his behaviour and will be contacting affected readers to apologise.” All good, except that Carlton wasn’t aware of his contrition. When told to apologise, today, he promptly resigned from the Sydney Morning Herald. He later tweeted: “After a fortnight of being called Nazi, Jew-hating slime, I told a few people to f*** off. We do that in this country occasionally.”


Journalists come, journalists go. Sometimes they find other platforms; sometimes they disappear from public view. Mike Carlton writes a good column and often sounds the clarion call on important social and political issues. He is allowed to have his views about Israel – or anything he wishes – and he can keep them too. He is entitled to write about abuses in Gaza and share his sympathies with the people of Gaza. There are Israeli writers who do it too. But if he finds a new place to pen his thoughts, I hope he reconsiders how to interact with his readers in a dignified and reasonable manner – especially those who disagree with him – and not resort to the uncouth and vile (not to mention slanderous) language he has used. I hope, too, that Carlton will choose to spend time thinking of and writing about other social injustices, elsewhere. For instance, he can write about mass executions, torture and child soldiers in Iraq where more than 5,000 have died in gruesome and violent ways. There is no shortage of gruelling stories from Syria where the death toll had surpassed 120,000. In Uganda children are routinely harassed, threatened, beaten, sexually abused and killed with impunity as the government looks on. He might like to write a column about Iran’s war against women; a country which holds the title of the world’s highest rate of execution of women by stoning. We have not mentioned China, Somalia or North Korea. He has his work cut out for him.

I would like to see the reaction of Carlton and his "followers" if Sydney was attacked by thousands of missiles ...

I consider myself to be liberal, but liberalism has to have it's limits and Carlton clearly crossed that line.

Great writing. Refreshing to read your works Ori, or is it still Mr Golan? Best regards from your most avid and appreciative student of class 2012.
IP

Thank you for this clear and informative column. These are very sad and tragic times and the likes of Mike Carlton would do well to remember that he does not have the fear of missiles raining down on him and threatening his daily life. If he did, how would he react and where would his sympathies lie?