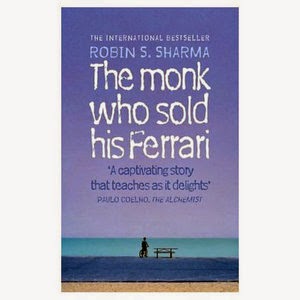 Robin Sharma has clearly made a fortune from this self-help book which purports to answer life’s key questions. That is very noble, but the major flaw in this story is that it reads like a fairy tale and assumes that the reader is an infantile dimwit. The dialogues are laughable, the 'insights' are a succession of clichés and the 'lessons' patently obvious. The stories are clearly the figment of his imagination and read like scenes from Hansel and Gretel.

Here's the story, in sum: Julian Mantle is a bad tempered lawyer who leads a life of bad morals, bad eating habits, defending bad people - very successfully. "The trick is to implant doubt in the minds of judges and jury" - that's his schtick. A workaholic, at 50 Julian looks twenty years older, haggard, overweight and devoid spirituality. Then one day he has a massive heart attack during a court appearance. He never returns to work; no one knows what has become of him. The story picks up a few years later when he reappears at the office of his friend, John, looking 40 years younger than his previous 70-year look, happier and healthier. John, who is Julian's former colleague and protegé, is gob-smacked at this transformation. The big question is: what has happened to him in the interim?

Well, without spoiling the story, here is the answer: Having been told that either he gives up the good life and take up the god life, or die, Julian Mantle gives up his carreer, sells his wordly possession - including the Ferrari - and trots off to the Himalayas in pursuit of the sages of Sivana. The yogis there have discovered the secrets of life and the elixir of youth. The main problem is that they live in a secret place. Really; in the age of google maps where every path, river, side road and cycleway is chartered. Still, off he goes and, what do you know, after seven days of climbing the mountain he succeeds where no other mortal has succeeded before him: by pure chance he meets a Sivana Yogi who just happens to be ambling miles away from this paradisical Sivana. The yogi leads him to their village where he teaches him the secrets of life.

Does the author really think it’s plausable? I certainly didn’t. The description of Kashmir as being’a sleepy place on the foot of the Himalayas’ made me laugh. It’s one thing to dream; it’s another thing to point out the reality of Kashmir which has been a flashpoint between India and Pakistan for more than 60 years now. Not so sleepy or peaceful.

I like the idea of introspection; I like the idea of stock-taking. I also like the idea of mentoring. I am even not averse to a bit of spirituality. But all this put together in a modern-day fairy tale has produced a most bizarre narrative that is suitable neither for children nor adults. And while we’re on narratives, the language which Robin Sharma employs is a sort of gooey molass wrapped up in schmultz. His description of the Sivana village and its inhabitants is truly remarkable for its unimaginative use of language and hackneyed metaphors. The people there are just so happy and peaceful and placid, I was beginning to wonder if they were on drugs. 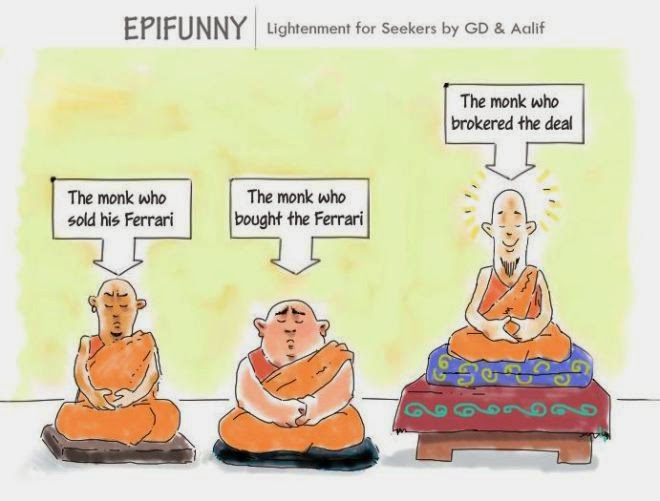 It is astonishing that this book has been a run-away success. On second thought, perhaps it’s not so astonishing in a country where people consume self-help books as they consume prescription drugs - in vast quantities. Still, I hope Sharma does something good with all the money and heat that this book has generated - something good must surely come out of this tripe.
Posted by Ori Golan at 07:30