﻿﻿﻿﻿
Australian couple, Julie and Marcus,  were offered a dream job in Dubai – the Las Vegas of the Middle East. It was an offer they could not refuse. So how did the dream turn into a nightmare? They can now, finally, share their story. Ori Golan.
﻿

All that glitters is not gold. It is safe to assume that when William Shakespeare penned this aphorism in The Merchant of Venice, he didn’t have Marcus Lee in mind. Or the tens of thousands of clueless professionals who flock to the United Arab Emirates with the dream of making big bucks in a short time. But many of them learn this truism themselves; that looks can be deceiving.


Marcus and his wife, Julie, are ordinary people, they insist, but their story is quite complex. In fact, it spans five years and takes them over 300 pages to tell it. It is a cautionary tale; an example of what can go wrong in a prosperous place which gives the impression of being modern, generous and welcoming.


“It is nothing of the sort,” says Marcus when I meet him and Julie in their hotel in Sydney. “Dubai has all the superlative buildings in the world: the tallest sky scraper, the most luxurious hotel and the swankiest airport, but those shiny buildings and manmade palm-shaped islands are just smoke and mirrors. Dubai is a delusion of grandeur.”


“It’s a place where you can be jailed for overt expressions of affection”, says Julie, “and where tourists sharing a hotel room can be arrested for adultery. It is a country run by Sharia law and a legal system anchored in the Dark Ages.”


Julie and Marcus are your typical Aussie couple. They talk over each other, speak in a typical Aussie drawl, laugh out aloud a lot and call me ‘mate’ as soon as I introduce myself. It is easy to imagine kicking back with them over an open barbecue and a beer at the beach.


But they are here to tell me what happened to them in their pursuit of their dream.


Their story begins in 2006 when Marcus was offered a job as a consultant at Nakheel, a property development company in Dubai.


Both he and Julie were relatively new university graduates of accountancy. They were strapped for cash and aspired to own a town house of their own in Sydney’s up-and-coming Balmain neighborhood. The opportunity to turn their financial fortunes around was too much to pass and ‘what was there to lose?’  Back then, this was a rhetorical question.


Marcus, Julie and their Yorkshire terrier, Dudley, headed to Dubai, to start a new, exciting chapter. The plan was to go for three years.


Upon arrival, Marcus was dazzled. “I can safely say I’d never seen anything like it”, he writes. “Along the 500-plus stores, cinemas and eateries, it boasted ‘Ski Dubai’ - the Middle East’s first indoor ski resort and snow park.”


Julie recalls the bizarre practice among the rich Emiratis of owning exotic wild animals. “You’d see a white lion in someone’s garden, or a full grown cheetah in the sports car of a young Emirati.”


Soon, the pair discovered that, despite the immense wealth and comfort, Dubai was in essence a third-world country: chaotic, corrupt and unaccountable. The economy was thriving on the back of hapless construction workers, shipped in from poor countries, who were kept in appalling conditions. “It is modern-day slavery by all accounts”, says Julie. “At one point one of the biggest property development companies was averaging a death a day on its building sites.”


Despite this, they were both doing well. Marcus was working for Nakheel; Julie found an accounting job at Showtime Arabia. Everything was going swimmingly.


Then came 2008. That year, Dubai suffered the world's steepest property slump in the global recession. The real estate bubble that had propelled the frenetic expansion of Dubai on the back of speculative investment, finally burst. Investors fled in droves. Home prices dropped by 50 percent and shares in the region lost around $1 trillion.


In a matter of weeks, the mega-boom transmogrified to a mega-gloom.


In a country where getting into debt is a criminal offense, for many this did not bode well. “You’d see cars collecting dust at the airport,” recalls Julie. “Many expats took off and fled for their lives, leaving everything behind.”


On January 25, 2009 Marcus was called to attend a meeting in a Dubai police headquarters. In the late afternoon, he arrived at the station. A senior unidentified police officer asked him: “Do you know why you are here?”


The book, Trapped, tells the story of what happened next to Marcus Lee.


Marcus Lee was charged with fraud in connection to a land deal involving Nakheel and an Australian property developer, Sunland – a charge he categorically denied and a deal he resolutely refuted any knowledge of. It was a charge that was also dismissed by an Australian court.


Trapped follows his and Julie’s fight to clear his name in Dubai’s chaotic legal system. It is the story of a couple who find themselves trapped in a culture they do not understand, a language they do not speak and mindset they do not share.


Marcus spent two-months in solitary confinement before being transferred to a jail in Dubai for 9 months, followed by a house arrest which lasted over four years.


The book is written in the first person, in simple prose, narrated by the two main protagonists: Marcus and Julie, each recounting the nightmare as it unraveled from their point of you, as they recall it, with ‘guest narrators’ appearing from time to time to give their own account, such as Marcus’s brother, or Julie’s mother.


It is a riveting story which documents the couple’s odyssey into Dubai’s legal black hole; from the moment Marcus is arrested and until, finally, five years later, he is acquitted of all charges and allowed to return to Australia. But even then the story is not quite over. Just when you think the story has reached its climax, there is a dramatic nail-biting cliff-hanger moment at the airport which is recounted in a spectacular fashion.


Both Marcus and Julie delve with brutal honesty into the depths of their frustration, as one court hearing is postponed, adjourned or cancelled; as one lawyer fails – yet again – to turn up for a hearing and defers it by a month; or as the presiding judge decides to return to his native Egypt, effectively rewinding the case to its beginning.


Marcus offers chilling insights into prison life, including shocking violence and sexual depravity; and there are Julie’s descriptions of Marcus’s failing health which, at one point, almost saw him die.


Yet, despite everything, despite the colossal financial loss they incurred and the betrayal they endured from Nakheel, Julie and Marcus stick together; their relationship remains intact. Unfazed by the enormity of the task ahead, Julie campaigns for his release and recruits a brilliant lawyer, John Sneddon, who worked tirelessly pro bono from Australia to secure her husband’s release. 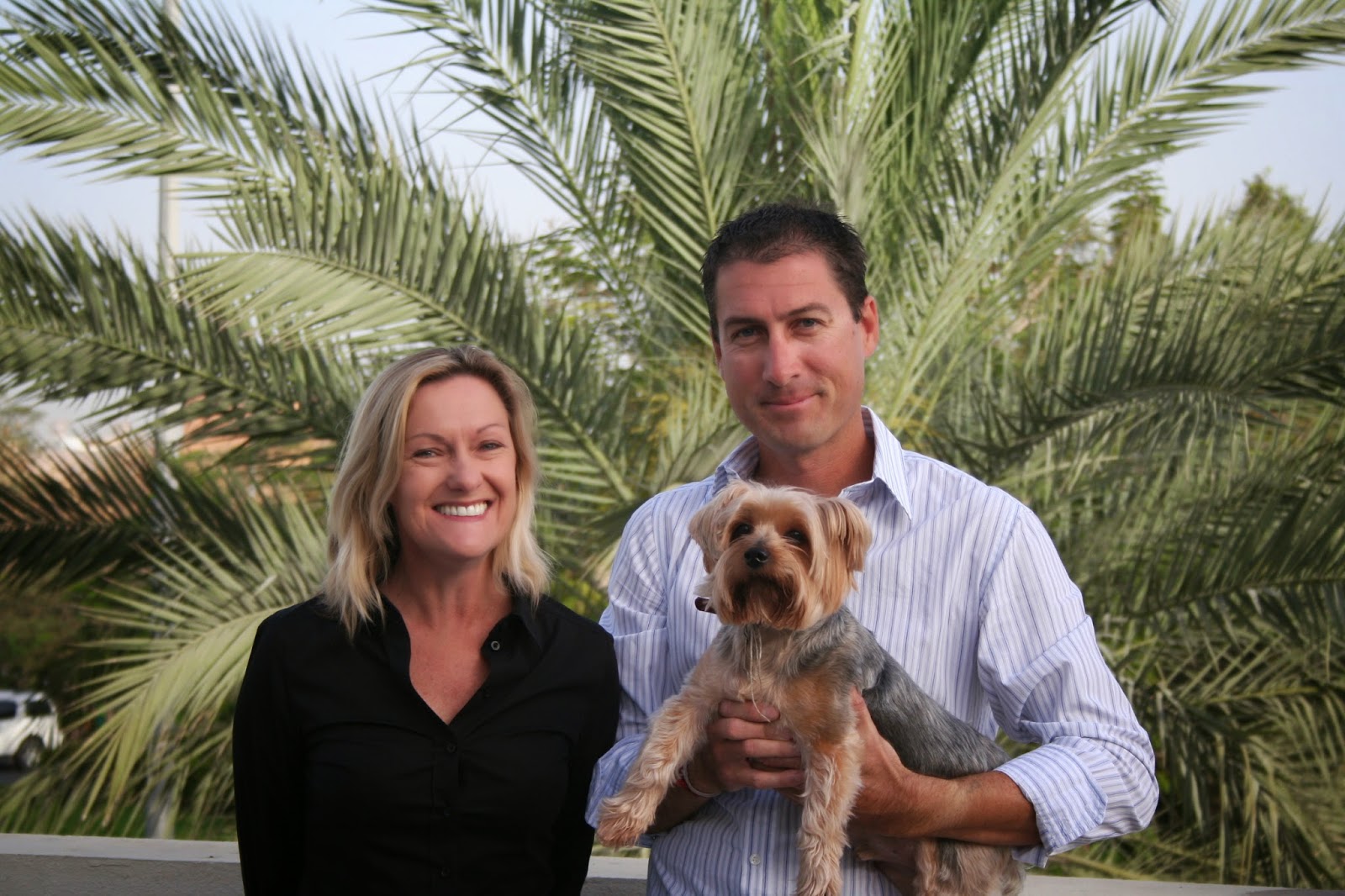 Trapped exposes the shocking inequities of the UAE legal system. It is a story of courage, hope, and resilience. But, mostly, it is a cautionary warning, or a reminder, that all that glitters is not gold. Marcus and Julie just want a quiet life now, knocking back a beer or two and enjoying the simple life of Australia.
Posted by Ori Golan at 00:40

thats quite a shocking story and very scarey